Ab Stormossen Oy is a regional waste management company owned by six municipalities. The total population of its owner municipalities is 107,000. It was founded in 1985 and was the first municipal waste management company in Finland. Launched in 1989, its biogas plant, which utilises household refuse, was also the first of its kind in Finland. All this makes Stormossen an excellent example of a genuine circular economy operator.

Stormossen treats organic waste and sludge and turns them into compost soil and biogas. The gas refuelling station Gastor was opened in February 2017 and the next refuelling station will be opened in 2019. The city of Vaasa has 12 buses that run on biogas. This is a pioneering project in Finland. In the summer season, Stormossen sells compost soil for both households and companies. 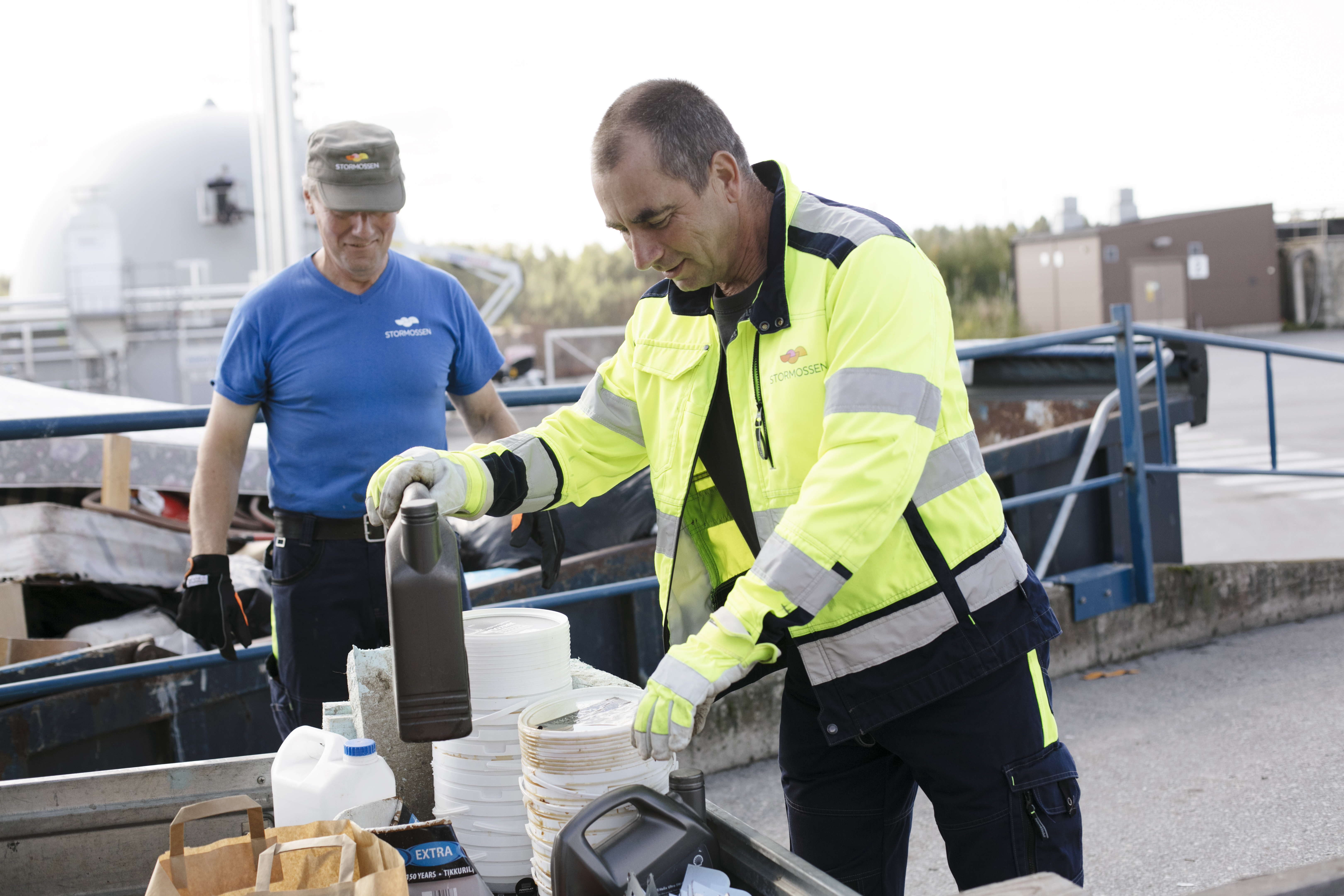 Of all the waste received at Stormossen, more than 98% is recycled, which is one of the highest rates in Finland. There are a total of 13 waste reception stations and 120 ecopoints in the Stormossen area.

Stormossen’s vision is to be the most efficient municipal waste management company in Finland. The company is an active operator that promotes the targets of the Vaasa region’s energy hub, circular economy and climate policy.

Stormossen is interested in all collaboration projects relating to material recycling. For example, plastic, gypsum, textiles, glass and fibreglass are of particular interest for our company.